Neo Rauch did much to prepare the way for the return of figuration in the visual arts. In the 1990s he conquered the international art world with his figurative paintings. At the time, they fell outside the normal canon of contemporary art, being neither abstract nor conceptual. His preference for comic strips, his origins in the GDR, the mysterious, unfathomable nature of his narratives – these are all part of the Rauch Riddle. Thanks to him, Leipzig gained an international reputation as a city of painters. Die Mitte is an overview of Neo Rauch’s most recent paintings, combined with a particular category of early work – the series of tondi he made in 1993 and 1994. 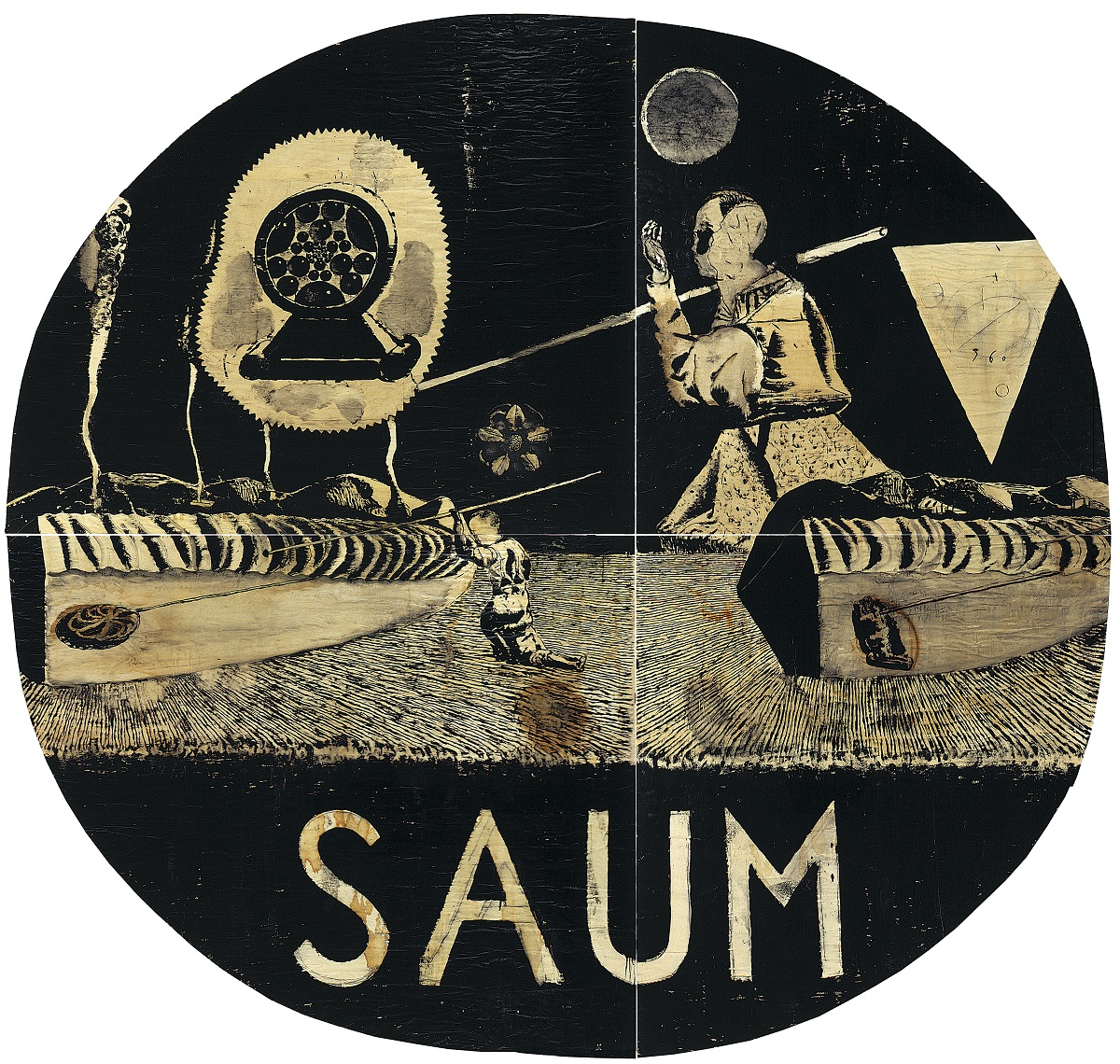 Rauch moves back and forth through time, thus rejecting its linear progression. Without hesitation, he links different times, meanings, styles and motifs to create his own deeply personal universe. His paintings are both mythical and intensely realistic at once, depicting a world that is unstable and full of chaos. His work can be interpreted in endless ways, and the artist constantly invites us to relate to his paintings in a deeply personal way. As soon as you enter his world, you gradually lose your grip until everything that had seemed certain is suddenly uncertain. Rauch’s paintings are a mysterious and personal journey that cause confusion yet also provide a firm footing, because his fellow travellers and companions also embrace the viewer.

The tondi made in 1993 and 1994 mark the beginnings of Rauch’s current idiom. He made these paintings after a vivid dream which prompted a radical change in his approach to painting. Prior to this, Rauch had been uncertain which direction he should take. The dream was a signal from his subconscious telling him to return to basics – figuration – and abandon abstraction. 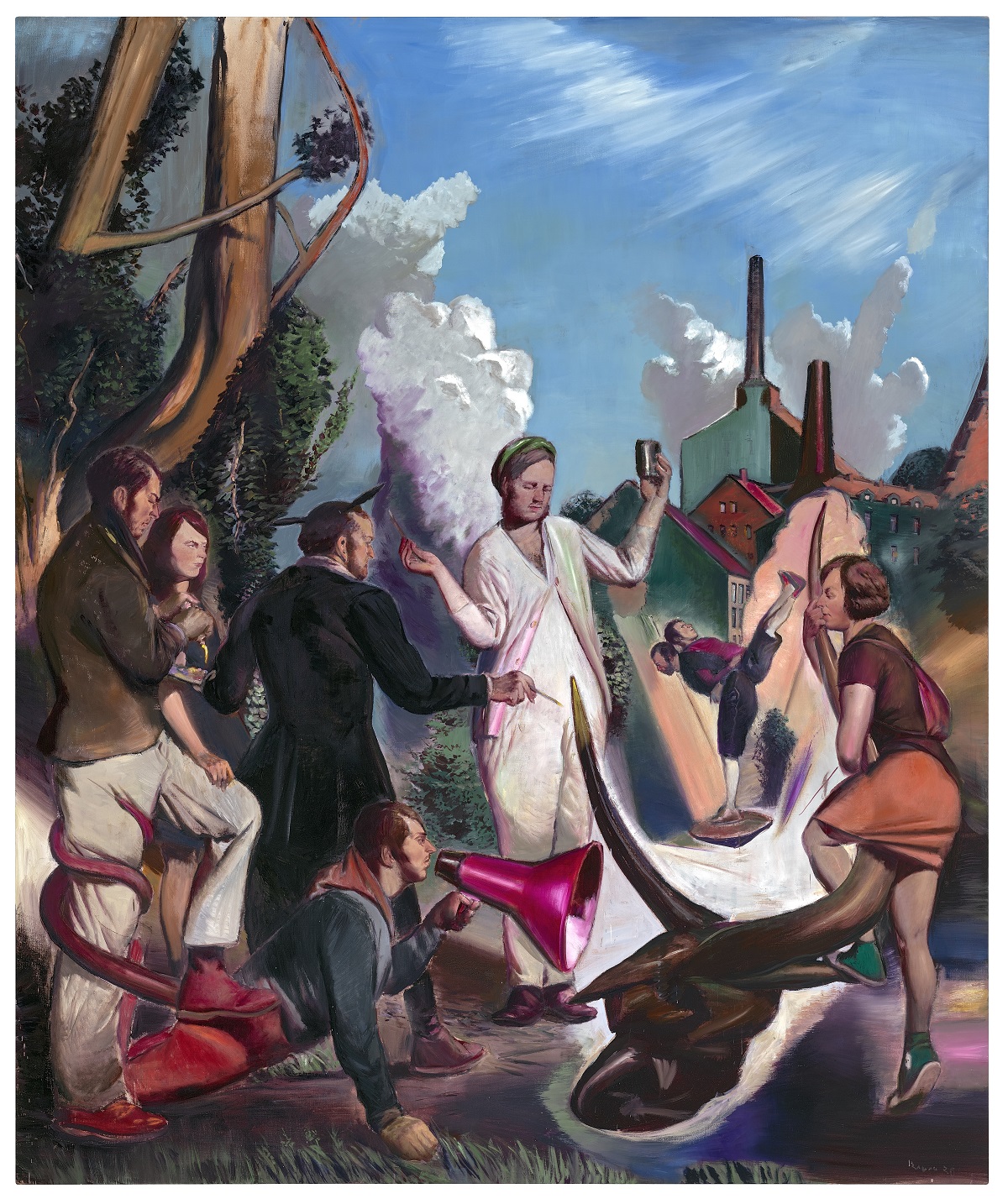 After the tondi, the exhibition leaps forward 25 years. In his most recent paintings, Rauch appears increasingly to refer back to the age of enlightenment and the romantics, to the 18th and 19th centuries. There, his characters seek balance, dreams, art, as they resolutely enter into battle with ideologists and troublemakers. Rauch the time traveller seems to comment on the confusion and degeneration of the 20th and 21st centuries, within the hopeful setting of the 18th and 19th.

Die Mitte is the second exhibition that Museum de Fundatie is dedicating to Rauch's painting. In 2018 the museum already staged Neo Rauch – Dromos; a major retrospective of his paintings from 1993 to 2017. 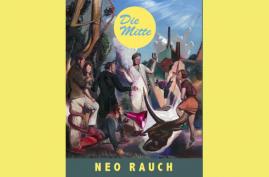 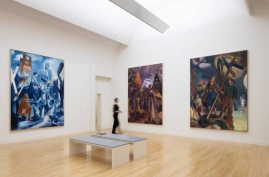 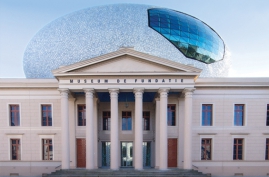