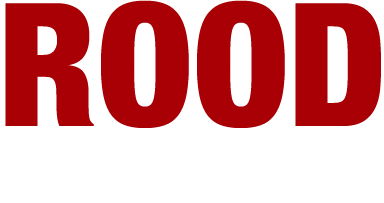 After the Russian revolution in 1917 the rulers in the new Soviet Union decided on a unique approach to propagating their ideas. The Soviet ideology would be presented via radical avant-garde designs created by the country's cultural elite. As fervent supporters of the new order, authors and visual artists formed an artistic army, so to speak, that like the Red Army was at the service of the state. Particularly in the 1930s no other nation in the world employed as many top rate artists for propaganda purposes as the Soviet Union. The "RED!" exhibition, which will be held in Museum de Fundatie in Zwolle between 16 January and 17 April 2016, comprises more than 150 utopian visions from the Soviet Union dating from 1930 to 1941.

The USSER in the Making

Visualising the communist equality ideal was one of the main objectives of The USSR in the Making, a monthly broadsheet magazine published from January 1930 to May 1941. Besides the Russian edition the magazine was also published in English, French, German and as from 1930 in Spanish as well. Photographs and photo collages were used in a radically ground-breaking fashion. It contained ingenious graphic designs and its typography was also redefined, as it were. In addition to photographers such as Sergej Senkin, Georgi Petroesov and Michail Seregin, world renowned artists like El Lissitzky and Alexander Rodtsjenko contributed extensively to the magazine. In 1935, Lissitzky also created the impressive photo album entitled The Industry of Socialism, a monument to the industrial achievements of the Soviet Union. Vavara Stepanova and Rodtsjenko collaborated in 1938 to compile the monumental photo album Moscow Reconstructed, expansively illustrating and documenting the modernisation of Russia's capital city after the example of Paris. Rodtsjenko himself took the photographs that, along with the photo montages, fold-out pictures, maps and diagrams, were a source of surprise at every turn of the page.

The most exceptional and most precious publications dating from this Golden Age of Russian propaganda include books with special imprints or even metal plaquettes and reliefs on their cover. A good example is Tank Drivers, a book designed in 1936 by Andrej Lavrov and one of the most remarkable items on display in Zwolle. Luxury publications like this did not carry any financial gain for the designers or publishing houses because they were so costly to produce. It was only because the Russian government commissioned and stood surety for them that they could be printed. So it is with good reason that they are also referred to as "showpiece books".

"Their primary purpose was the same as that of military parades, namely: to flaunt and impress to the greater glorification of the communist ideal state."

The stunning Soviet design of the 1930s became a source of inspiration for modernists around the world. The Netherlands, too, was not immune to its influence, as can be seen in the exhibition in Museum de Fundatie. Theo van Doesburg's circle and that of De Stijl were very interested in the Russian avant-garde art, both in regards of design as in an ideological sense. Gerrit Rietveld was attached as a graphic designer and typographer to New Russia, a magazine established in 1928 as the medium of the Netherlands-New Russia Society and for which film director Joris Ivens followed developments in the Russian world of films. In March 1931 the Dutch Communist Political Party established Friends of the Soviet Union, that one year later launched the magazine entitled Facts from the Soviet Union. The covers of the publications are much more interesting than the contents as dictated by the Kremlin. They were designed by Nico de Haas and Cas Oorthuys, members of the Dutch Association of Worker Photographers, who were open to the direct influence of the Russian avant-gardes

The "RED! - Utopian Visions from the Soviet Union 1930-1941" exhibition was accomplished in close collaboration with Albert Lemmens and Serge Strommels, curators of the LS Collection Van Abbe Museum in Eindhoven. A richly illustrated catalogue will be published by LS Nijmegen to accompany the exhibition.