We had a beautiful aquarium but we wanted to go to the sea.

When creating their new multimedia installation for the Garden Gallery at Kasteel het Nijenhuis, Yuri Honing and Mariecke van der Linden drew inspiration from the literary figure Bluebeard. In Charles Perrault’s original tale of 1697 the wealthy and terrifying Bluebeard forbids his new bride from entering his secret chamber. But her curiosity gets the better of her and upon entering the forbidden room she discovers the bodies of six dead women. Bluebeard catches her red-handed, and threatens to kill her, too, just like her predecessors.

Down the centuries, this has been used as a cautionary tale, to warn young women against disobedience and curiosity. Yuri Honing & Mariecke van der Linden have transposed this to the here and now, to everyday life in the 21st century, where everyone wants to look beautiful, rich and famous on Instagram. Young people in search of excitement and adventure are easy prey for wealthy ‘predators’, who need do nothing more than flash their Rolex or roll up in their Tesla.

These worlds meet in two illusory spaces: the Boudoir, where desires, dreams and blind ambition meld in video and oil paints; and the Abattoir, where the brain of Bluebeard keeps vigil, and the music of Yuri Honing’s album Bluebeard plays. Is it a good idea to enter these spaces? Probably not, but it is the only way to know where Bluebeard sets his traps, and to reach the sea. 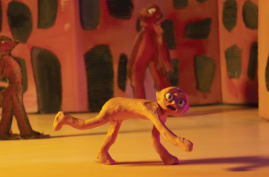 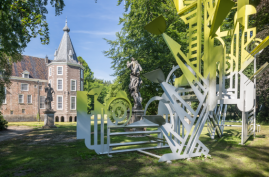