With Dada-merika by George Grosz and John Heartfield, Museum de Fundatie has acquired an important work. It concerns an early photomontage from 1919, which comes from the private property of artist Paul Citroen. The work almost literally shows the torn Europe after the First World War and the deep longing for a new world. Dada-merika has been reproduced endlessly, but this original photo, with a greeting on the back from George Grosz addressed to his Dada companion Paul Citroen - Herrn Citron, In herzliche Erinnerung, George Grosz - and the headline Dada Siegt, is unique and probably the only original copy. Dada-merika was acquired with the support of the Vereniging Rembrandt (thanks in part to its Modern Art Theme Fund and its Van Beekhof Fund) and the VriendenLoterij. 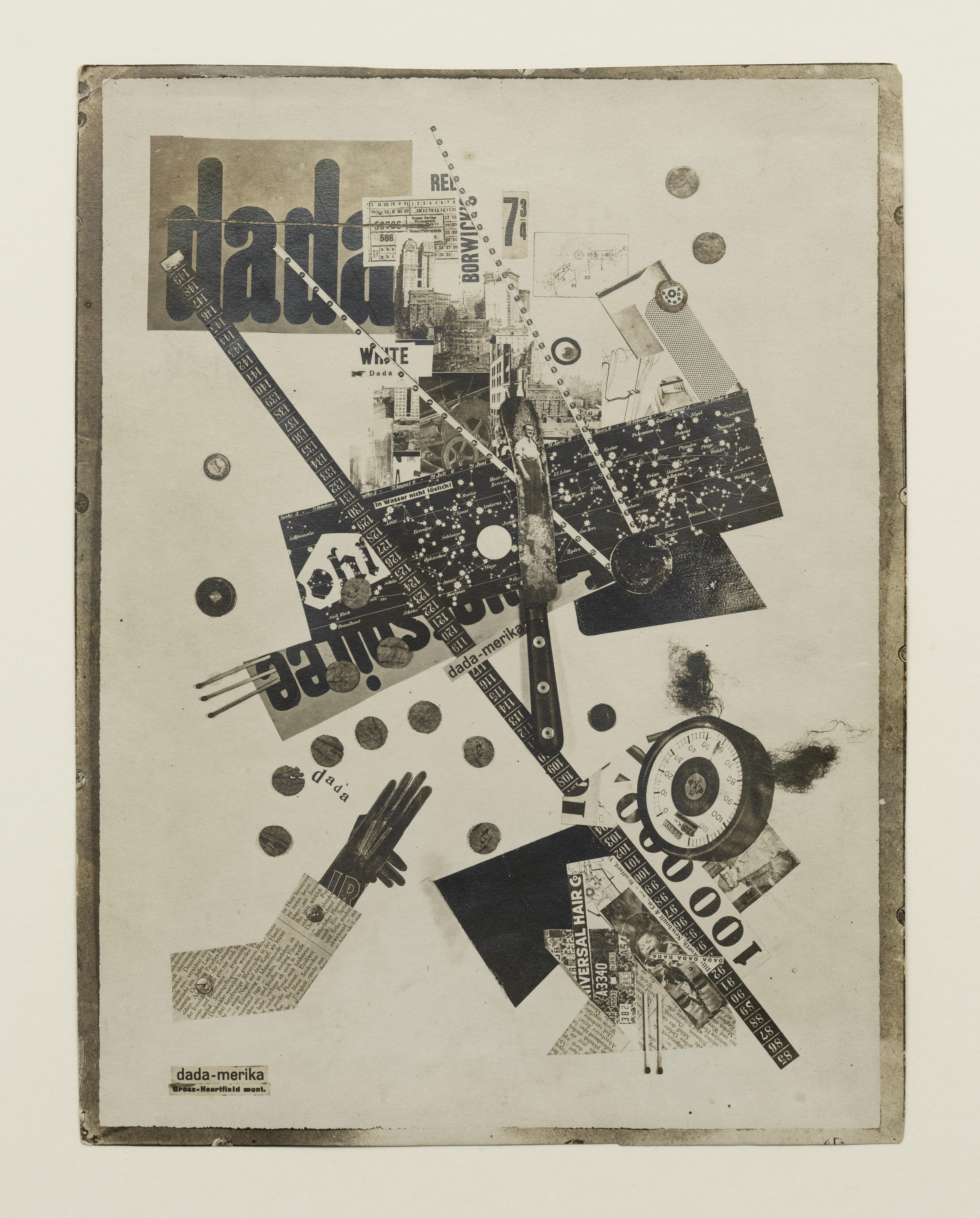 George Grosz & John Heartfield, Dada-merika, 1919, photomontage, 31 x 23 cm, collection Museum de Fundatie Zwolle and Heino/Wijhe, acquired with the support of the Vereniging Rembrandt (thanks in part to its Themefund Moderne Kunst and its Van Beekhof Fund) and the VriendenLoterij.

With the support of the VriendenLoterij, the museum acquired the Portrait of Bruno Alexander Roscher (1915) by the great German painter Otto Dix. Dix was a frontline soldier in the First World War and recorded the horrors he experienced in his work. During the Weimar Republic, he was a portraitist of the roaring twenties and a razor-sharp chronicler of human emotions and passions. In this early work he depicts an officer in his regiment, in his typical penetrating, caricatural manner. It is the first painting by Otto Dix in Dutch museum collection.

In 2016, Museum de Fundatie acquired the painting Gewitterfront (2016) by Neo Rauch. Subsequently, in 2018, the museum devoted a retrospective to him: Dromos. In recent years, the museum bought the painting Tal (1999) and received the works Neujahr (2015) from the Broere Charitable Foundation and Der Lehrling (2015) from Arthouse on long-term loan. An important long-term loan with 9 paintings by Neo Rauch has now been added to the Fundatie Collection, five of which are now presented in the museum, including Vater (2007).

Neo Rauch's work, which took the art world by storm in the 1990s, completely escapes the rhythm in which the arts seem to have developed in recent decades. His paintings transport the viewer to a recognizable world, which, after an initial sense of stability, causes confusion and sometimes distress. Neo Rauch sees himself as a time traveller who can appear anywhere in art history. The enormous expressiveness of his work and his movements through the centuries make him the ideal backbone of the Foundation Collection.

Out One Big King by Michael Tedja was previously shown in the Freedom exhibition (2019, Museum de Fundatie Zwolle). This overwhelming explosion of paintings, images, texts and ideas is full of images and symbols from Michael Tedja's own life, but also contains elements from different worlds. In this way the artist shows that identity or personality cannot be reduced to one aspect. At the beginning of 2021, Museum de Fundatie acquired Out One Big King for the collection with the support of the VriendenLoterij and the work can now be seen in Museum de Fundatie Zwolle.

Hedy Tjin also lets her personal life play an important role in her canvases Papa and Mama. Tjin shows flashes of her own childhood and family in bright colours. She keeps her subject matter small in these works, returning to her own basis, which in turn forms the basis of the larger world in which she moves. Papa and Mama were also featured in Whose is the World? (2021, Museum de Fundatie Zwolle), an exhibition in collaboration with HKU. Now they hang next to another family, Gerard ter Borch's De Craeyvangers from the 17th century. Papa and Mama were acquired with the support of the VriendenLoterij.